“I’ve got nothing.” This was my thought as I was about a mile from the end of my bike ride tonight (and indeed, it WAS a good night for a ride.) Well, not nothing, only MOSTLY nothing. There was that one little thing. Maybe we can tug on the end of that and see what unravels. If it snaps off, we’re doomed. The quick brown fox jumps over the lazy dog. Grumpy wizards make toxic brew for the evil Queen and Jack. Word of the day: pangram. Runner up: lipogram. Poe’s Raven is a lipogram, though perhaps unintentionally. I once taught two-thirds of a class omitting the letter “s”. The students asked me to do it again. My thought, “Are you crazy?”

That one little thing: as I descended the stairs to get Ellie, I heard a cheerful little voice from across the street “Hello!”. I couldn’t see the source of it because a tree was in the way. I got Ellie out of the garage, opened the gate, hopped on, and “Hello!” It was the MOST adorable little girl, maybe three and a half years old, walking down the street with her mom. There is only one thing to do with such an enthusiastic greeting: “Hi! How are you?” “I went to Chinatown!” she said with a grin like the Cheshire Cat. Clearly, this was a BIG DEAL! Her mom smiled meekly, as if to apologize for her daughter’s behavior, I did my best to smile back that she had the cutest kid in the world.

If I wasn’t suffering from a bout of logorrhea, I’d stop there. There may have been one other thing. I rode up to Maggie Daley Park today. I’ve been looking at it from above from the cafe at Accenture, without knowing what it is. It looks really interesting from above, and it is even when you get there. There are a ton of activities there. The Play Garden (sadly, I am above the age limit) was a really cool design – lots of small spaces for kids to play in and big spaces for running around.

While I was there (you have to walk your bike through) an eight year old kid passed me excitedly pointing out places he could go play to his father, who followed about seven yards behind. About seven yards behind him was a little boy, who, as he approached, stuck his arm straight out at me, hand raised as if to say “Stop”. Then his hand started to slowly wave back and forth, to say “Hi”. He silently passed, his message as clear as if he had shouted it.

That, too, would be a good place to end. However, both yesterday and today, I noticed something I hadn’t heard in almost a week: cicadas. Their buzz has been growing over the last few weeks, but was silent during the heat. At first when I got here, I heard just one at a time, lonely in a tree. Since then, it’s grown to a cacophony. They sound different here than they do in Buffalo or Connecticut. In those places, the call is a steady rising hum with quick vibrations, whereas here, I hear more of whew-whew-whew. This is of course because they are different species. Lest my research be called subpar, I have found the species I hear here in Chicagoland. Here is the Buffalo one I hear most frequently (discovered by Linneaus himself). By the way, did you even KNOW that there is a site called cicadamania? Everything you could want to know about the buggers (a word which has its root in the the Latin for “Bulgarian”. What was it we did before the intertubes were invented?)

That of course, would be an adequate place to end. Not great, but OK – IF there weren’t just one more thing. As I was riding by Palmisano Park, I noticed more activity than usual: a bunch of kids running up the hill, more Pokemon Go players on the sidewalk and a big crowd at the top of the hill. I have no idea what was happening up there, but it might have been a concert. The Chicago Parks website lists no events for tonight. The sidewalks that lead up to the top of the hill were too narrow and crowded for Ellie and me to explore more. What pleased me so was the sight of beautiful kites in the air over the park – not the simple ones you see everywhere, but the fancy two-handed variety. I remember seeing a hawk kite bobbing as if about to dive for prey.

Again, an excellent place to stop. Instead, though,  I’ll leave you with this, to save on typing. 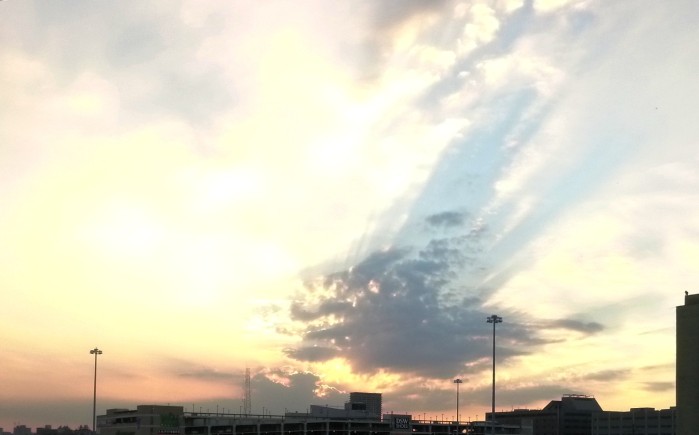